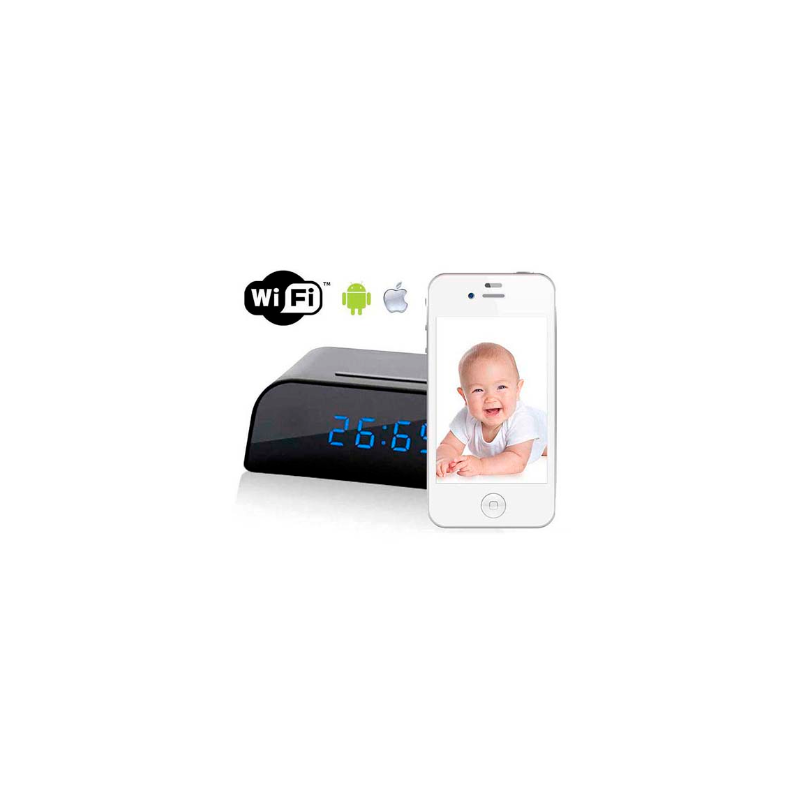 All your personal data is protected.

Free Delivery is available if you're ordering eligible items.

Not satisfied with your order? Return it in-store.

The Wifi Spy Alarm Clock is an excellent option to monitor our children, seniors, offices and a long etcetera of everyday situations. It has a camera with HD resolution 1280 x 720 with which we can record videos with a very high quality. The motion detector allows the camera to be activated only when it perceives the presence of a person or some moving object, thus saving a lot of memory of the card and battery. It also has infrared LEDs with which we can record in the dark. The main feature of this spy alarm clock is the Wifi, we can see in real time from our mobile or Apple IOS or Android tablet the video sequences at all times. By having a connection cable to the battery, this camera alarm can be recorded continuously without the need to charge it. It also has the real functions of any alarm clock, so it will never arouse any suspicion before people who can see it. All its ports and connections are hidden, a spy camera wonder!
General characteristics: